Highload is an IT-system delivering services to thousands or millions of users simultaneously. A highload system is characterized by the following properties:

An integral part of the developers’ competence must be understanding server resource management and optimization mechanisms such as load balancing to be able to deliver a reliable solution. Every time a system receives a request, it must have enough resources (CPU, RAM, I/O devices, network, etc.) to process the request within an acceptable time. Otherwise, such a system can quickly crash causing downtime.

Distributed systems
Highload systems do not usually run on a single server. Oftentimes there are dozens or even hundreds of servers distributed both functionally and geographically. This is a necessary measure for the following reasons:
the need to process large amounts of data that physically cannot be processed by one machine.
the need to maintain the system's operability when one or several servers fails.
Dynamic systems
Highload systems must be adapted to the traffic volume changes such as declines or sharp surges. At the same time, the system users often generate most of such traffic, which they consume themselves. Take Instagram, for example.
Interactive systems
This implies that the system offers significant amounts of interaction between the users and the computer. The highload software must provide prompt and reliable answers in response to the growing number of user requests. This may apply to the ordering process, updating personal accounts, monitoring shipment tracking statuses in real time, etc.
•
•
Do you have a project to discuss?
Get a free quote from our team 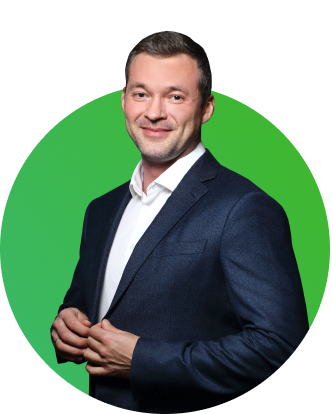 Anton Bazhanov
CTO
Our unique approach is a result of nearly 20 years in commercial software development.

reach out to discuss your project